Welcome to The Hit Recording Capital of the World

For over 60 years, Muscle Shoals has
created the biggest music hits in R&B,
Rock and Roll, Soul, and Country Music. 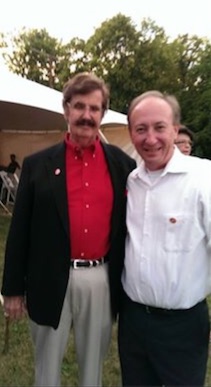 W.C. Handy, The Father of The Blues, had his home in the Shoals. Sam Phillips, who discovered Elvis Presley and helped usher in the rock'n'roll revolution also was from this area. The Beatles were inspired also by the Shoals. The song "Anna (Go To Him)" was written by Arthur Alexander in the Shoals as also were several locally written Elvis Presley hit songs.


Rick Hall, The Founder of Fame Studios in Muscle Shoals, began his journey as a music writer. He wrote songs for Roy Orbison, George Jones, and Brenda Lee. After partnering with famous country music producer Billy Sherrell he went off on his own to produce, and to successfully generate many recording hits at FAME Studios. These studios spawned many successful music artists including Aretha Franklin, Mac Davis, Donny Osmond, Wilson Pickett, Duane Allman, Clarence Carter, and many others. Country music artists Tim Mcraw, Carrie Underwood, and Alan Jackson have all recorded at FAME Studios and so have many R&B, rock, and soul artists.

The Commodores with Lionel Richie recorded at Wishbone Studio on Avalon Avenue near the airport. Hank Williams, Jr. had his biggest hits recorded there too at Wishbone.
Even Billy Bob Thorton, the actor, recorded early in his music/acting career at the nearby Widget Studios in Sheffield.

Tammy Wynette, Percy Sledge, Lou Rawls, Simon and Garfunkel, Alabama, Ronnie Milsap, and many others have had historical hit songs recorded here in the Shoals.

Recently, Chris Stapleton, St Paul and The Broken Bones, Stephen Tyler, Billy Ray Cyrus and others have been coming to the Shoals to record new or popular songs again.

There are many other writers, musicians, singers and producers that were associated with the music history here. We will be adding more information about them ahead.